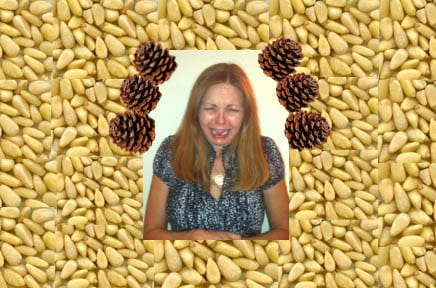 One morning in 2013, I took the first sip of my morning coffee and almost died. The coffee tasted like turpentine, no kidding! I poured the pot down the drain, made another fresh pot, and was puzzled when it was just as bad. Since I was preparing it with the same just-ground coffee I’d used all week, I began to suspect that something in our water was causing a chemical taste in my mouth.

Then I drank some orange juice, which tasted like Liquid Plumber. My morning oatmeal? Rat poison would have tasted better. The Greek yogurt I loved so much had a distinctive, oven cleaner-like taste. Slowly it dawned on me that something was very wrong with my taste buds.

This led me to the internet, home of a million possible frightening medical calamities. Searching for “chemical taste in mouth”  and “metallic taste in mouth” brought up several scary possibilities, including  diabetes, cancer, chemical poisoning, and autoimmune and neurological disorders, to name a few. Holy guacamole! Not only were my taste buds shot, I was a goner!

Fortunately, I stumbled across a report from ABC News about a rare reaction to pine nuts called “Pine Mouth Syndrome.” Sure enough, I had eaten three (you read that right – 3) little pine nuts two days prior to my taste buds going haywire. These tiny pine nuts had come in a packet of seasonings with a dish I’d received as a gift, made in China. I tried a couple of the nuts to see how they tasted and ended up throwing them away. But apparently, just that tiny amount was enough to give me the taste disturbance known medically as metallogeusia.

Since I’ve eaten pine nuts for many years without a reaction, I was inclined to believe the theory that Pine Mouth is caused by certain non-edible varieties of pine nuts from China that are being exported into the U.S. and passed off as the edible variety. Not surprisingly, these Chinese pine nuts are much cheaper than edible, U.S. grown pine nuts. It’s suspected that they are harvested from Chinese White Pine, a source of turpentine.

Pine Mouth can last up to a month (!), but in my case it lasted nine days—which seemed like a very long time for this food lover. Everything from toothpaste to Mexican food to chocolate chip cookies to Chardonnay tasted chemical-y. I returned to the internet in desperation and searched for a cure. The passage of time seemed to be the only real remedy for a case of Pine Mouth, although someone suggested rinsing the mouth with vinegar. Since the cure sounded as bad as the malady, I tried swishing with fresh lemon juice instead and it seemed to ease the symptoms a bit.

The lesson for me is to be extra-vigilant in my awareness of the source of my food. I haven’t stopped eating pine nuts, but I’m now careful to eat only those varieties that are fresh and U.S.-grown like authentic New Mexico Pinon Nuts. How about you? Have you ever suffered through a case of Pine Mouth?

14 thoughts on “Pine Mouth, the Surprising Source of a Metallic Taste in my Mouth”